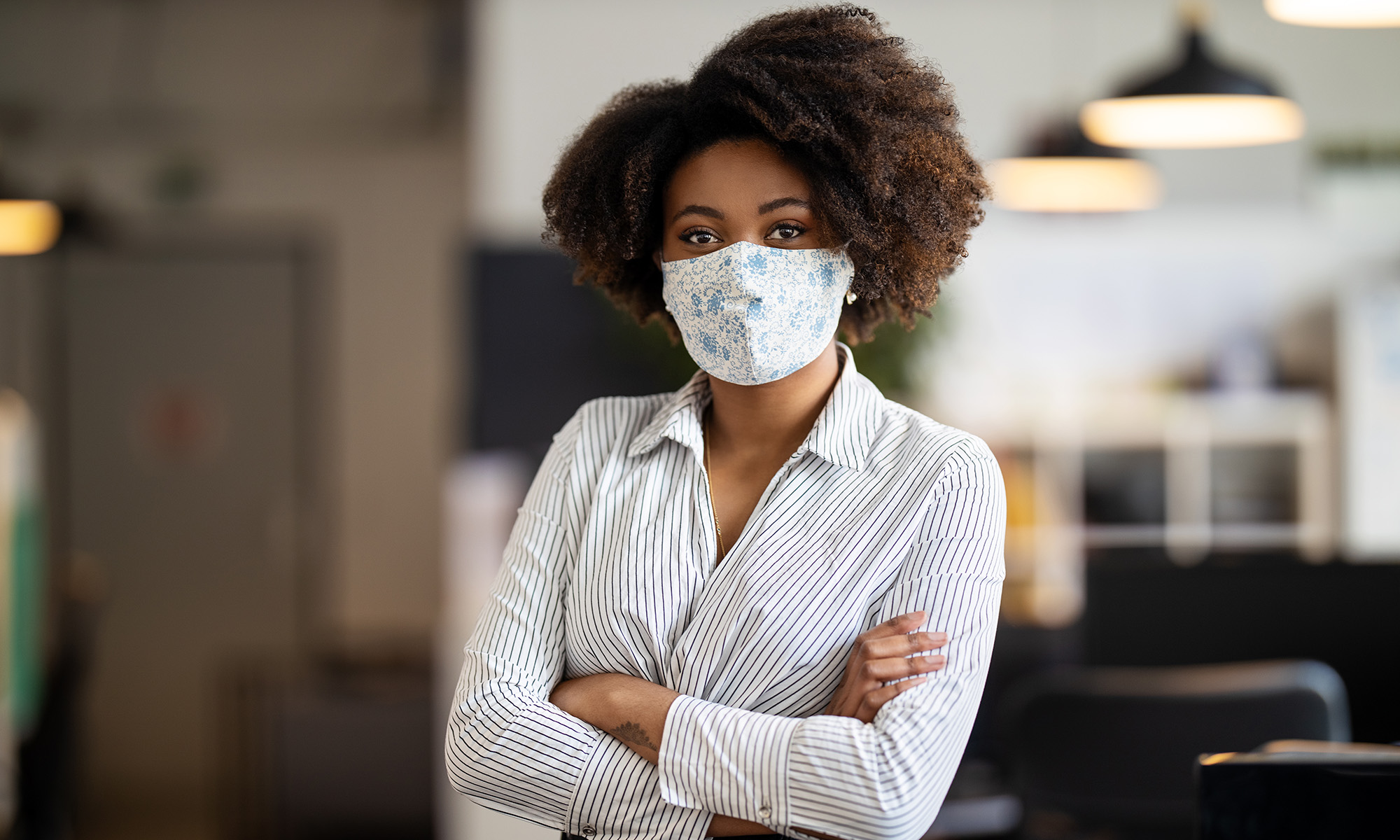 The Diligent Institute has made interesting research findings in our most recent report on CEO compensation trends in the ASX 300. This report is the second edition of our ASX pre-proxy season study, which explores the correlation between Total Realised Pay (TRP) and company performance using Total Shareholder Return (TSR) as a performance measure. Moreover, we examined trends in the CEO pay components, as well as the emphasis of CEO pay on sustainable value creation.

The study was conducted using three years of CEO pay and included 281 current ASX 300 companies. We excluded 19 companies because of their limited CEO pay disclosure. The data for the analysis was sourced from Diligent Corporation’s compensation database.

In our 2019 proxy season report, “Avoiding a First Strike During a Pandemic,” our findings suggested at the time that 60 of the ASX 300 companies announced some form of CEO pay cut from March 2020 until August 2020. In that report, we calculated these companies’ projected 2020 CEO TRP based on the announced pay cuts and by using their 2019 realised compensation.  We predicted that for these companies, CEO TRP will likely fall by around 5%. However, our findings suggest that the actual CEO TRP in 2020 has actually risen on an average of 11% compared to the projected 2020 figures. Our findings also suggested that the greatest contributor for the CEO TRP increase was due to the impact of Long-term Incentives vesting during the period. The pandemic sent most economies spiraling and reduced corporate returns around the globe, and despite companies reporting and announcing pay cuts, their TRP show a contradictory outcome. Most of these issuers argue that executive pay is tied to measurable and quantifiable metrics and once met, they have no choice but to pay despite how other stakeholders may feel. During the pandemic, we saw many employees were laid off and dividends were withheld or cancelled. These findings certainly question whether executives actually suffered in solidarity with their employees and shareholders.

Overall, our findings suggests that CEO TRP in the ASX 300 fell from 2019 to 2020. The dip in take-home pay was largely due to widespread cancellation of annual bonuses during the year. The data suggests that annual bonuses dropped by 17% with fixed compensation component also dropping by 3%. Despite long-term incentives rising on an average by 14%, CEO TRP still decreased by over 10%. Our findings also suggest that across all sectors, the Energy sector surprisingly had the highest surge in all CEO TRP components. On average, Base Salary, Annual Bonus and Long-Term Incentives (LTI) all increased by approximately 30%. Comparatively, the consumer staples sector had the largest overall TRP cuts, with an average decrease of 20% across all three components.

ASX 300 companies continue to display misalignment between pay and performance

In our pay for performance study and analysis, we still see a material disconnect between TRP and performance. Overall, we find that 70% of companies in the ASX 100 display a misalignment between pay and performance compared to 63% in the ASX 300. The findings suggest a worrying trend of issuers relatively overpaying their CEOs with TRP ranking relatively higher than performance (TSR) which could be a worry for most investors. Ultimately, shareholders want to ensure that executives are compensated in line with industry and index standards. With the pandemic still raging on, pay for performance misalignments are likely to be a noticeable trend and a key pain point for shareholders and other stakeholders heading into the 2021 proxy season.

Strikes on the rise in the ASX

Strikes are on the rise in the ASX as shareholders expected corporate issuers to take a more conservative approach to executive compensation given the pandemic’s impact on the global economy. In our sample, 32 ASX 300-listed companies still received strikes against their remuneration reports in 2020, compared to 24 in 2019. 26 of the 32 companies received a first strike, while six received a second strike. Both the consumer discretionary and materials sectors had the largest number of strikes in 2020, followed by the healthcare industry. Proxy advisory firm Glass Lewis has stated that the most possible issues of these protest votes are due to undeserved short-term bonuses, inappropriate maximum remuneration opportunities, and large increases in fixed remuneration during the pandemic. These findings indicate that shareholders give importance not only to the correlation between company performance and executive remuneration, but also the correlation between current market circumstances and executive remuneration.

The events of 2020 shed a spotlight on racial and environmental justice and brought the diversity, equality, and inclusion discussions back to the forefront of the agenda in many boardrooms. There is growing emphasis on ESG issues such as climate action and the need for sustainable KPIs in executive compensation design. Our January 2021 edition of the Director Confidence Index suggests that an impressive 40% of surveyed US public company directors indicate their board is either considering tying executive compensation to ESG measures or are already doing so. Only 27% of directors at the time stated that they have not discussed doing this at all, and 33% stated they have discussed the topic but have either opted against it, or so far made no plans to move forward. Though not much is expected by way of regulation concerning the matter, pressure from investors could push the executive compensation in this direction.

In our latest ASX report, we find that there is indeed a growing number of companies that are tying ESG metrics to executive compensation. The number of ASX 300-listed and ASX 100-listed companies that introduced ESG performance metrics has increased to 20% and 21%, respectively. Specifically, 115 companies in the ASX 300 are now tying ESG metrics to compensation compared to 95 companies in 2019. These outcomes could be considered a step in the right direction. The findings also suggest that there is a growing weight on ESG metrics on CEO compensation albeit sluggish. In 2020, ESG metrics were averagely weighted 9.5% in CEO pay structure up from 7.6% in 2019. This may likely be investors’ focus during the forthcoming AGM season.

Australian Boards of issuers have the benefit of being able to learn from other jurisdictions as for the most part, especially in Europe and the US, proxy season happen earlier in the year (from April to July). Therefore, they can learn from the trends and perhaps avert potential shareholder revolts. The 2021 proxy season saw increasing importance of sustainability and inclusion from investors. Recent Harvard Law School research suggests that climate action, diversity, and political activity remain hot topics on ESG for shareholders in 2021 like 2020. We also saw a great number of shareholder proposals on these topics, especially for climate action. The increasing number of shareholder revolts on remuneration-related resolutions that were flatly defeated cannot go unnoticed. Investor scrutiny on executive pay has increased more widely than ever, and we expect a similar trend in Australia.

Commenting on these findings, Susan Forrester, an Independent Non-Executive Director of G8 Education and Chair of Jumbo Interactive Limited stated, “Strikes are now being used as a general or specific protest and the way the company is managing key issues. Much of the time, the strike is not about remuneration but management performance, handling of takeover offers, acquisitions, poorly managed integrations or regulatory concerns.”

On the slow pace of ESG weights in executive compensation, Susan added that “ESG is important, but is also being treated as an essential hygiene issue – that is part of their total fixed remuneration.  Unless companies are in the heavy industry, energy or resources, management and board need to work together to develop their ESG strategy and allocate the appropriate weightings to executive pay.  In the tech sector I work in, I am comfortable with ESG being around 10% weighting within the STI.   ESG needs to be managed calmly and with the long term in mind and allocating large weightings to give it more prominence is superficial.”